Get in touch
Submenu

Whilst netball has been played in schools for many years, senior netball wasn’t established on the Isle of Man until 1982 by the late Judi Clark-Wilson.

The Manx Netball Association was officially formed in September 1984 with these five teams who played on school car parks and tennis courts. Manx Netball affiliated as a county to England Netball in 1989.

To progress as a sport and to provide more opportunities for our members, a decision was made in 2017 to go it alone and become a National Governing Body in our own right. Having successfully applied to Europe Netball and to World Netball, Isle of Man Netball earned the right to compete on the International Stage for the first time at U17 & Open (Senior) levels.

With a number of medals to our name we are now ranked 26th in the world. There are 44 countries listed in the World Netball world rankings.

Here's what we have achieved on the international stage since we became a National Governing Body in our own right. 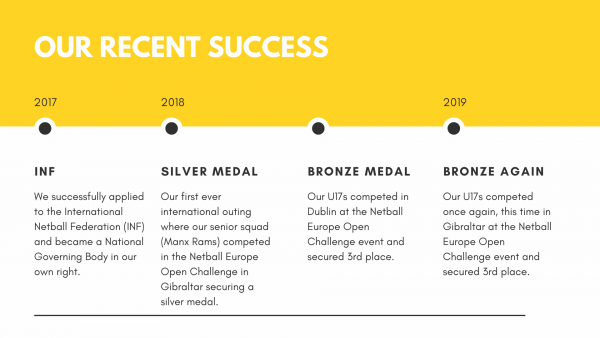 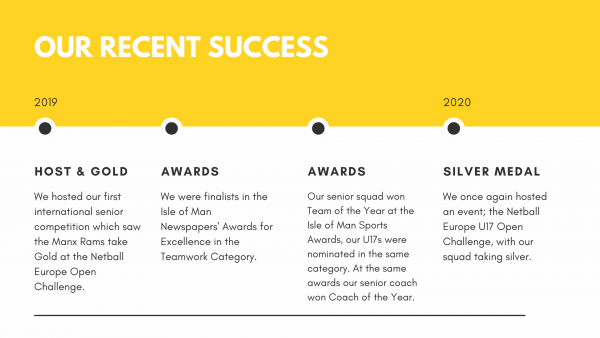 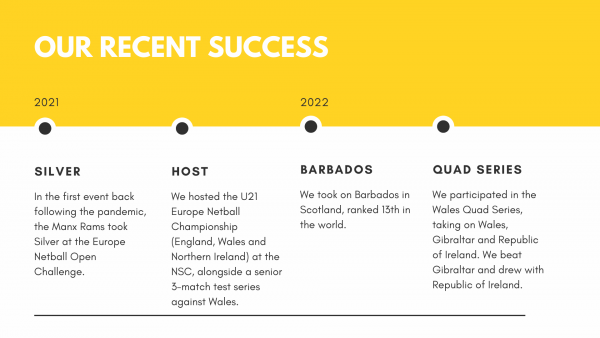