The Judi Clark-Wilson Charity Cup Day is a Celebration of netball on the Island. It’s an opportunity to come together and enjoy the sport – whether you’re on court, coaching, umpiring, officiating, or spectating; netball is for everyone, and it was wonderful to see so many people there to watch the games.

It is a day to reflect and celebrate the life and memory of Judi Clark-Wilson who we lost in December 2020. Judi founded the Manx Netball Association (now Isle of Man Netball) in 1984 and for over 36 years, her dedication and passion to Isle of Man netball was unwavering; she was a friend to many and a supporter of all thing’s Netball.

We are all fortunate for Judi’s hard work over the years and indeed to all those who have contributed their time, to provide us with the wonderful association we have today.

We were delighted to welcome Judi’s husband Alistair and some of the family for a second year to present the medals at the end of each match.  All funds raised on the day will be going to REACH, and we thank Adam for joining us to watch the games.

Here are the Match Reports:

Both teams started with a few changes to the season's regular line ups, so the start of the game was more about the players getting used to the game.  It didn't take long for both teams to settle and the shooters started to get opportunities, with both Goal Attacks, Ealish Baxter (Volts) and Ellie Johnston shooting at 100% for the first quarter the scoreline was level at 8 goals each after the first quarter.

Second quarter saw a change in the WA position for Route 1 where we saw Aalin Mayers take to the court working well with Kate Doran at Centre saw Volts take a small lead going into half time at16 - 14.  Volts may have taken a larger lead but the relentless defence of Reese Dalagdugan GK for Ramsey under the post restricted the chances for the shooters to convert.

Ramsey Reds were not going to let the game go out of their reach and made a change of their own which saw Claire Pullen take to court in the WD position and assisted well in the attacking role also helping the Reds gain a goal back going into the final quarter down by only 1 goal.

Fourth quarter we saw some lovely feeds in from the eventual player of the match, Kate Doran into Sue Webster, and Volts started to take a comfortable lead, with the eventual scoreline at 30-24.   A great game to start the day. 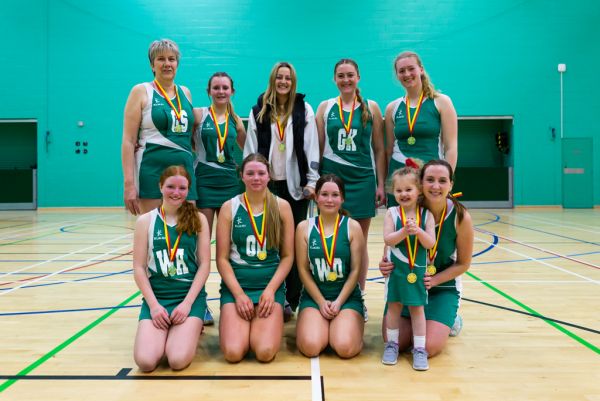 The game started off fast paced, with both Centres Rebecca O'Neill and Amber Pullen dictating play through the mid court.  With Castletown having 10 attempts at goal this quarter converting 5 and Ramsey with 9 attempts converting 7 it was Ramsey that took a small lead into the second quarter.

The second quarter saw a change for Castletown, which saw Hayley Duffus take to the court in the WA position.  Celts shooters were beginning to settle and with some key interceptions from Town’s Holly Renshaw (WD), the match saw Castletown take the lead and go ahead 15-13.

The defensive duo of Charmer and Dunne for Castletown worked tirelessly to keep turning the ball over for the team, but it was met by equal hard work at the other end from Ramey GK Rachel Andrew and Emily Craig.  With turnovers met at each end the mid court had to put in a shift this quarter with the constant end to end play, which saw the quarter ending 20-20.

The score remained unchanged for a while but Ramseys defense were putting pressure on Castletown’s shooters, and they soon created vital interceptions. Ramseys shooting duo of GS, Bryony Callow-Thomas and GA, Ariana Kerruish managed to capitalise, and their positive momentum helped in their play for the rest of the game and saw them take the win over the League winners by 28-20 with POTM going to a well-deserved Rachel Andrew (GK) for Ramsey Blacks. 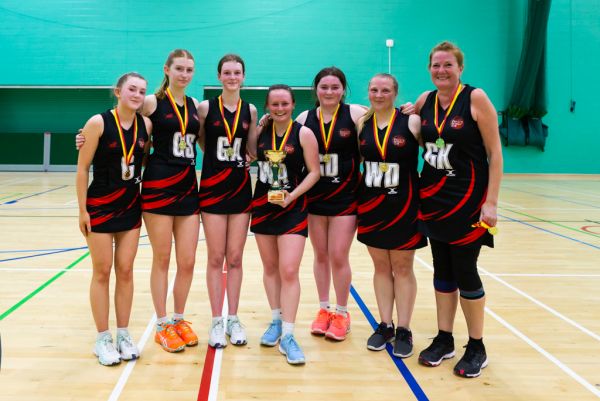 With both teams fielding strong sides this was going to be an exciting game and it didn't disappoint.  The game started off fast with the long feeds going into the circle early for both teams.  With the fast play from Thompson coming out of defence by Emily Rawlins linking well with Natalie Christian and both shooters for Thompson starting the game strong, holding their shooting stats at 100% for the quarter helping their team take an early lead going into the second quarter.

With Atla Pumas trailing by 3 going into the second they knew they had some ground to gain and they started by winning the second quarter by a goal which left them trailing by 2 goals going into the third quarter. Having not lost a game all season we knew that the Pumas would have more in the tank so what could they do in the second half?

The third quarter saw a shift in the shooter stats, and it was this quarter that the Atla Puma shooters showed us what they are capable of by not missing a shot this quarter.  Thompson continued to fight back, and the fast pace of the game was great to watch.  Defensively the strength of Shimmin-Mann and Harkin was strong and really restricted the opportunity for the Thompson attack to score what they needed to in the final quarter and Atla Pumas took the game.  A great fast paced game with Emily Rawlins earning herself the player of the match for Thompson. 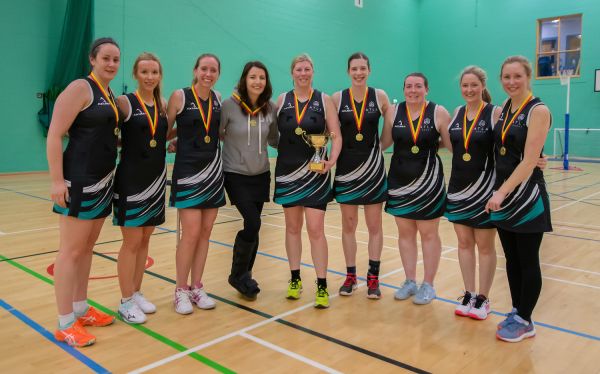 The final game of the day, the cup final.  With all to play for, both teams put out strong line ups.  The game started in the hands of Simcocks who took the first centre pass to goal.  Ballasalla replied by doing the same on their centre pass.  There was some fast play down the court by Simcocks who managed to take an early lead.  Simcocks defensive duo of Kenzie Pizzey working well with Natalie Swales were outstanding and began restricting options for the Ballasalla shooters. This saw Simcocks taking an early lead at 12-5.

Simcocks stepped it up another gear in the second quarter scoring a massive 17 goals to Ballasalla’s 4 goasl, which saw the overall score sitting at 29-9 at half time.  Ballasalla decided to make some changes going into the third quarter, which saw the entry of Sarah Long into the game at Goal Attack shooting at 100% for the game, which is an impressive set of stats for the young player.

With the game sitting at 43 - 13 going into the fourth quarter, both teams decided to play their bench which saw several new players enter the game.  One of the players being Poppy Irving for Simcocks, playing for the first time in the Judi Clark-Wilson Cup. The cup is played in memory of Poppy's Grandmother who founded the association.  A wonderful moment for Poppy. 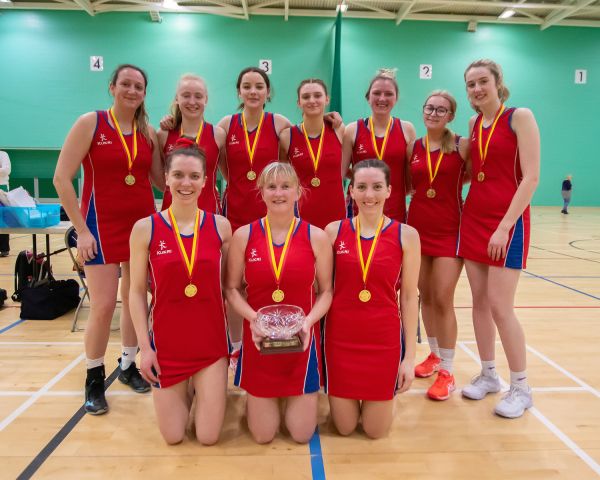